Meet the Authors and Illustrators 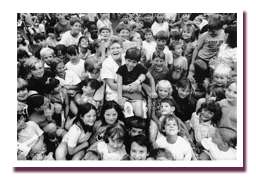 The late Peggy Parish, well known for her stories about Amelia Bedelia, wrote many popular books for children, including Dinosaur Time, illustrated by Arnold Lobel.

“I hate reading but your books are changing my opinion.” This letter, from a young Peggy Parish fan, comes as no surprise to the teachers and librarians who have put her books in the hands of children over the years. Ms. Parish wrote nearly three dozen children’s books—many of which include her most famous character, the literal-minded housekeeper named Amelia Bedelia.

Peggy Parish knew what children like to read. After graduating from the University of South Carolina with a degree in English, she taught school in Oklahoma, Kentucky, and for more than fifteen years at the well-known, progressive Dalton School in New York City. It was at Dalton that she began to find ways to release her creative ideas and energy. Though she never took a writing course, “writing stories for children came naturally.” Her first book, published in 1961, was followed with Let’s Be Indians and, in 1963, her unforgettable Amelia Bedelia.

Always involved with education in some way, Peggy Parish did television pieces on preschool education and children’s books, wrote children’s-book review columns, and led numerous in-service training workshops for teachers. In discussing her ideas about education she said, “Children’s rights are taken away from them when they enter school. What I try to show teachers is that all the skills needed to read can be taught outside of textbooks. Today’s children are not going to read what they are not interested in. And if a positive attitude toward reading is not developed during the first three years of school, it is virtually impossible to develop it later.”

After living in New York for many years, Peggy Parish returned to her native South Carolina. She died in November 1988. In 1995, Peggy Parish’s nephew Herman Parish brought Amelia Bedelia back into the world with a new adventure, Good Driving, Amelia Bedelia, and he has continued to charm readers with her mishaps ever since. 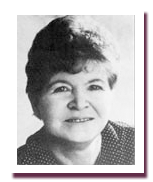 Peggy Parish didn’t want to be an author. In fact, writing was the last thing on her mind. But as a teacher in New York City she found herself creating stories for her students. Eventually, she even got a few published. But it wasn’t until 1963 that Amelia Bedelia was born, and for Ms. Parish the rest is history. During her lifetime she wrote nearly a dozen Amelia Bedelia books.